INFOGRAPHIC: The System of the World (How it all works and how to escape the treadmill) »

What Does Rebooting Capitalism Stand For?

Since the global financial crisis there is much distortion in the public discourse about what exactly was to blame. In it’s wake I predicted and feared a backlash swing toward socalism and collectivism, and that phrases like “capitalism”, “free enterprise” and “free markets” would become reviled and unusable.

Add to this a later epiphany that times were indeed changing, that there was emerging a new class of “conscious capitalism”, for lack of a better word for it. Based on a premise that running an “ethical business” was a competitive edge, not a liability. That the old, well worn characterizations of “profit at any price” capitalism weren’t really capitalist or operating within free markets (since they relied on artificial monopolies and political favoritism).

I began to regear this blog under the theme of “Rebooting Capitalism”, and here’s what I think ethical capitalists believe in:

At the moment I am writing a book on the subject of investing in sustainable businesses in local communities. If you’re interested in being notified when it’s done, or if you want to receive my free monthly newsletter on the current financial/economic climate, then sign up for Get Ready For the Reboot. 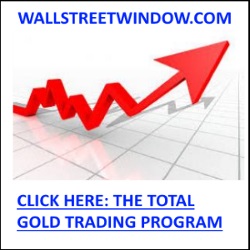